Along a narrow and curving fjord lies Vrboska – the smallest town on the island.

Along a narrow and curving fjord lies Vrboska – the smallest town on the island.
But although if it is the smallest, Vrboska is the treasure of the island. Founded in the 15th century, it is often referred to as "Little Venice" due to numerous small bridges.
From the entrance, which is its widest part, surrounded with thick pine forest, it narrows curving into a canal along both sides of which are situated picturesque architectural objects of Gothic, Neo- Renaissance and Baroque style.
The narrow, curving, streets, the pine forest, the stone buildings and a small islet in the middle of the cove, bathed in sunshine and hidden in the depths of the bay, form an image resembling those from old postcards…
This little place will bring life back to a tiresome body, and necessary peace to one's spirit. Everyone can verify this by coming here.
The Vrboska area was inhabited even in ancient times, to which ruins of Roman building testify. It grew from a fishermen's village and harbor from a place called Vrbanj (hence its own name Vrboska) in 15th century into a small town which outshines even the bigger and better known places on the island by its beauty.
Vrboska is comprised of two parts: Pjaca (eastern part) and Podva (western part).
Typical Mediterranean local architecture of small houses on both sides of the canal connected to old town houses from the periods of Renaissance, Gothic and Baroque, as well as old churches on one side of the canal and rich villas on the other side gives the place special charm and warmth.
A rich fishermen's tradition in Vrboska can easily be seen in the local gastronomic offer. Healthy food from surrounding fields and freshly caught fish with home-made olive oil and aromatic herbs represents a unique gourmet experience.
Add a glass of one of Hvar's well-known wines and the experience is complete. 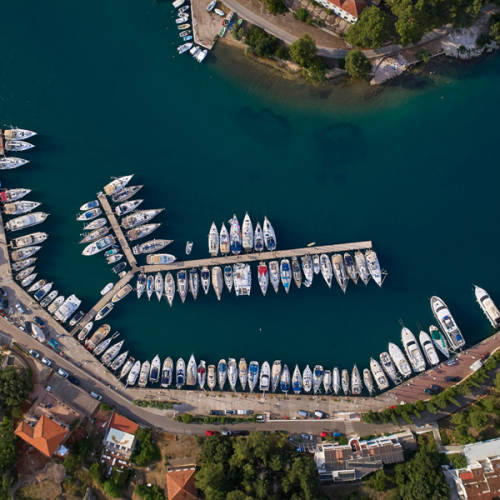 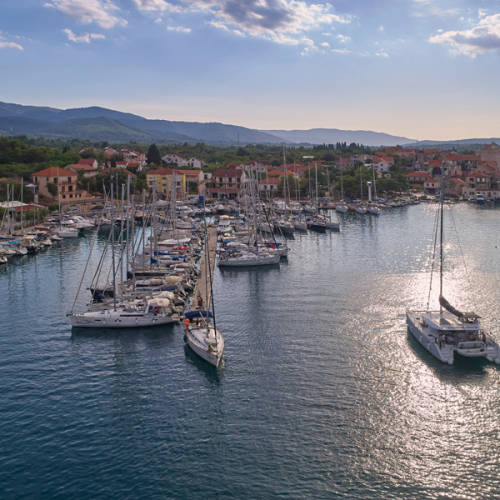 On the north side of the island of Hvar is the ACI marina Vrboska. It is well protected in a bay just outside the city port and harmoniously adapts to the environment. There are 125 berths available and 25 dry berths, offering all the services and amenities of a modern marina. The toilet in the main building of ACI Marina Vrboska is modern and tidy. There are fewer parking spaces around the marina, and next to the crane is a gas station, which is often only open in the morning and not open on Sundays.