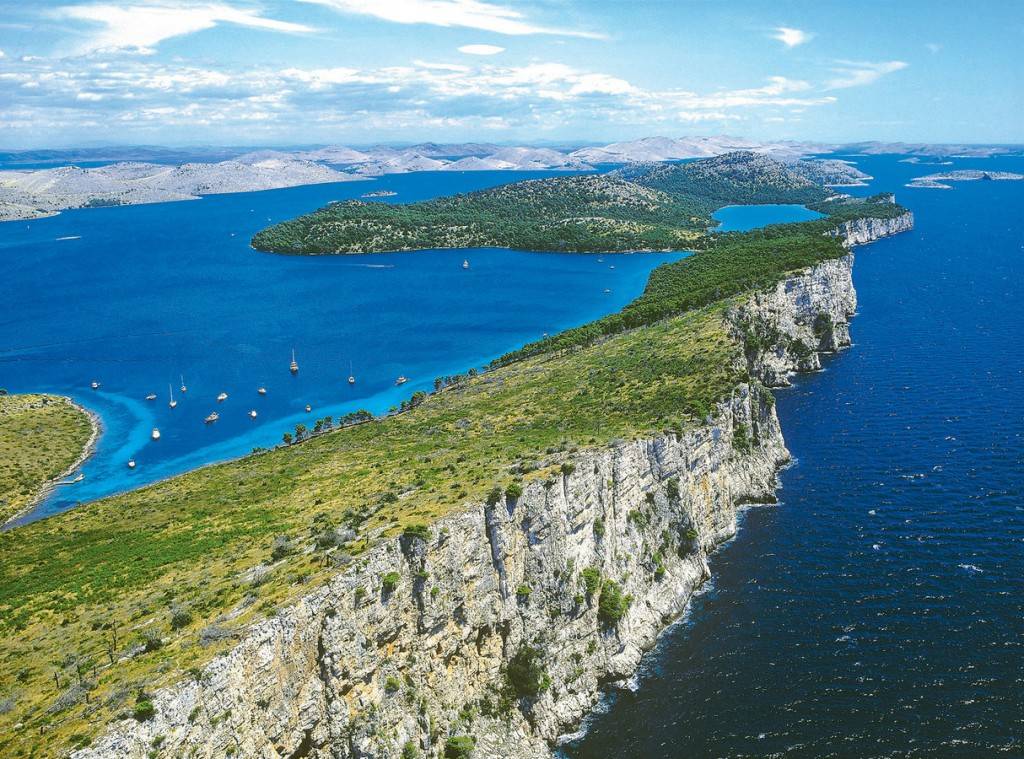 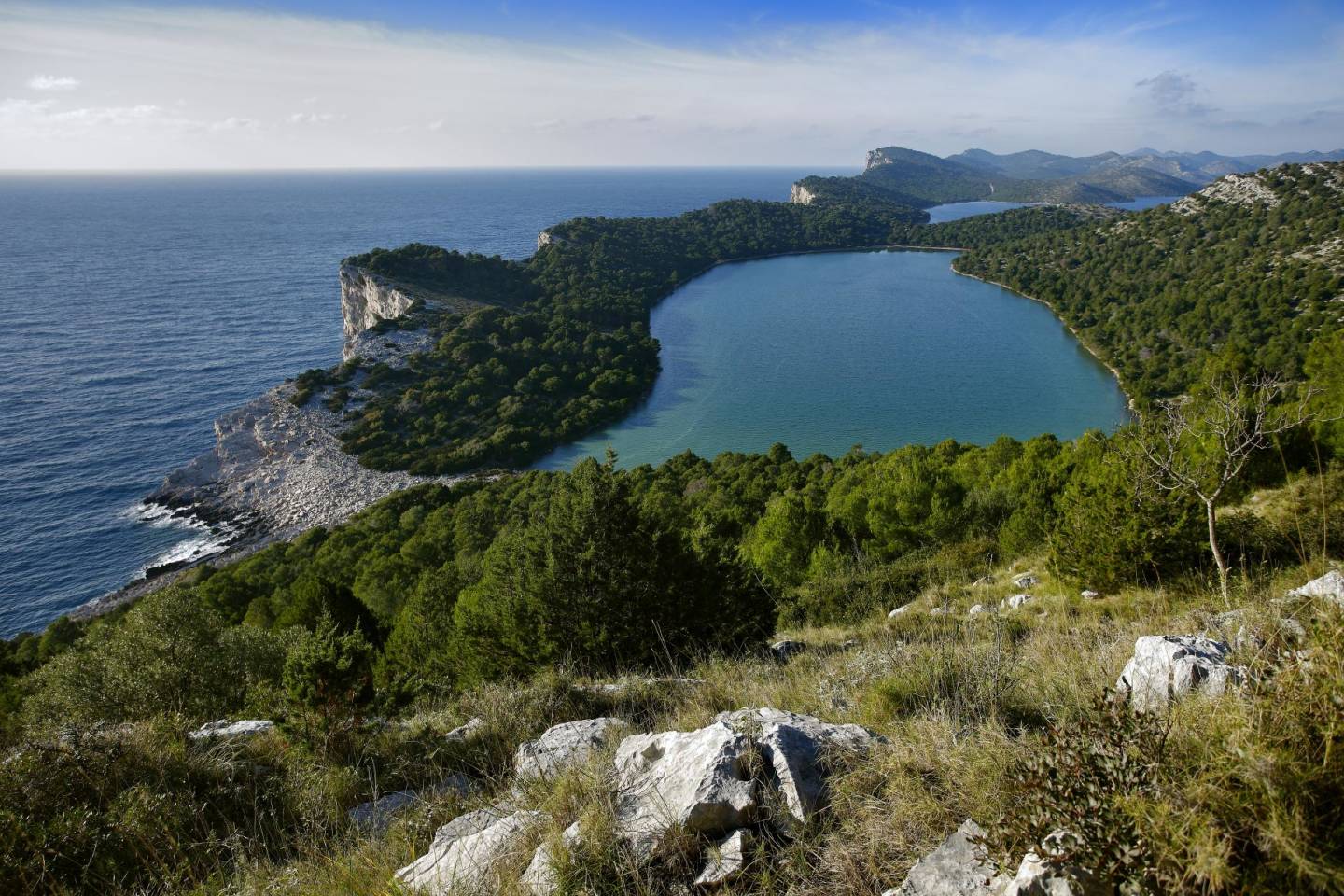 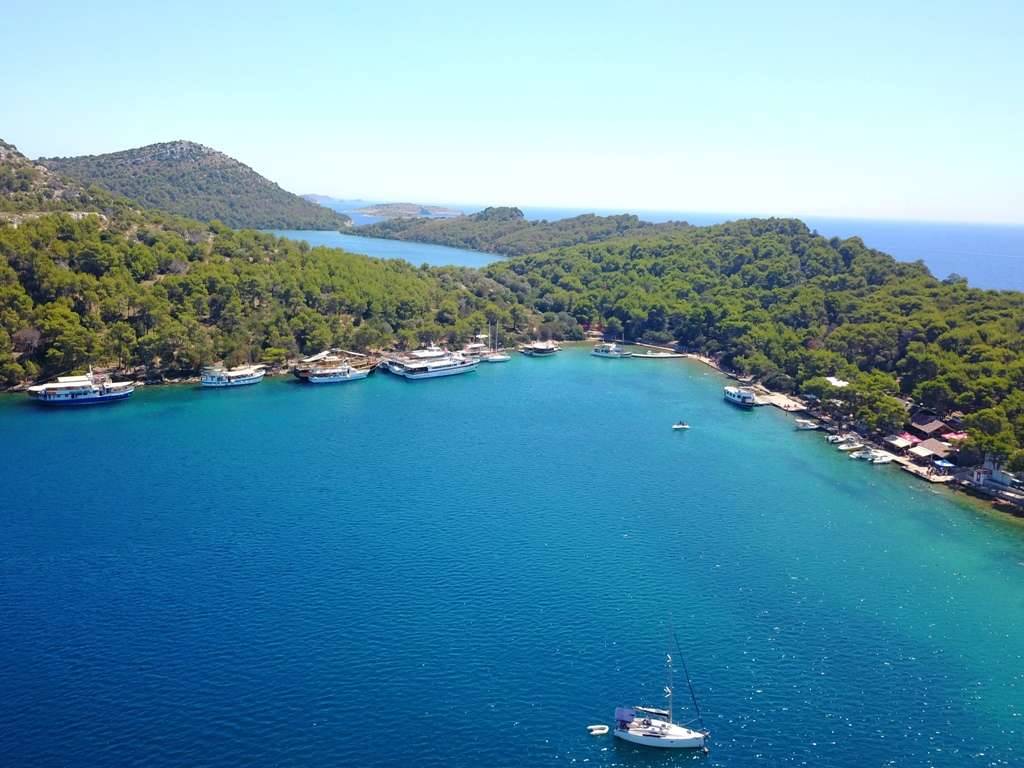 The Telašćica bay, after which the whole Nature Park got the name, is situated on the south-eastern part of the island Dugi Otok.

The Telašćica bay, after which the whole Nature Park got the name, is situated on the south-eastern part of the island Dugi Otok. It is very indented with 25 bays, capes and 5 islands. Thanks to its position it is protected from the blows of the north-eastern wind from the mainland and the south wind from the open sea. Because of these features, Telašćica is one of the largest and best protected natural harbors on the eastern coast of the Adriatic. The name „Telaščica“probably derives from the Latin name of "tre lagus" which means "three lakes". It consists of three parts which are separated by constriction. These three parts are Tripuljak, Farfarikulac and Telašćica. These three bays are actually morphogenetic Karst sinkholes, which ended up under the sea some 10 000 years ago after the last de-icing period called glacial Würm. The bottom of the bay is mostly covered with communities of sea-flowering plants and habitats extremely rich on animal life and very important for the reproduction of many fish species. 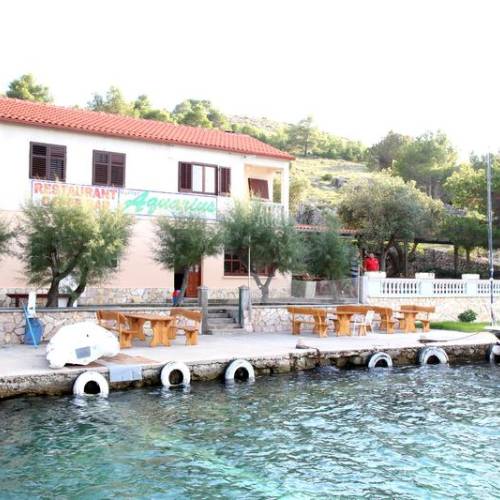 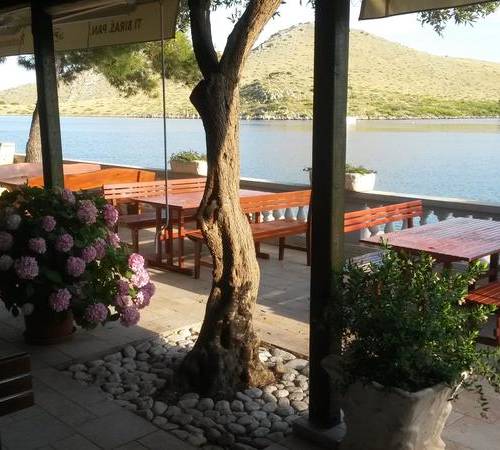 Two to three yachts can dock at the restaurant's pontoon, which is 1.5-2.5 m deep. Guests can also use buoys. Every day, during the summer season, the owner and his family serve and cook a variety of dishes with lamb and fresh fish. Boaters can also look for fresh bread.
Book your berth here.