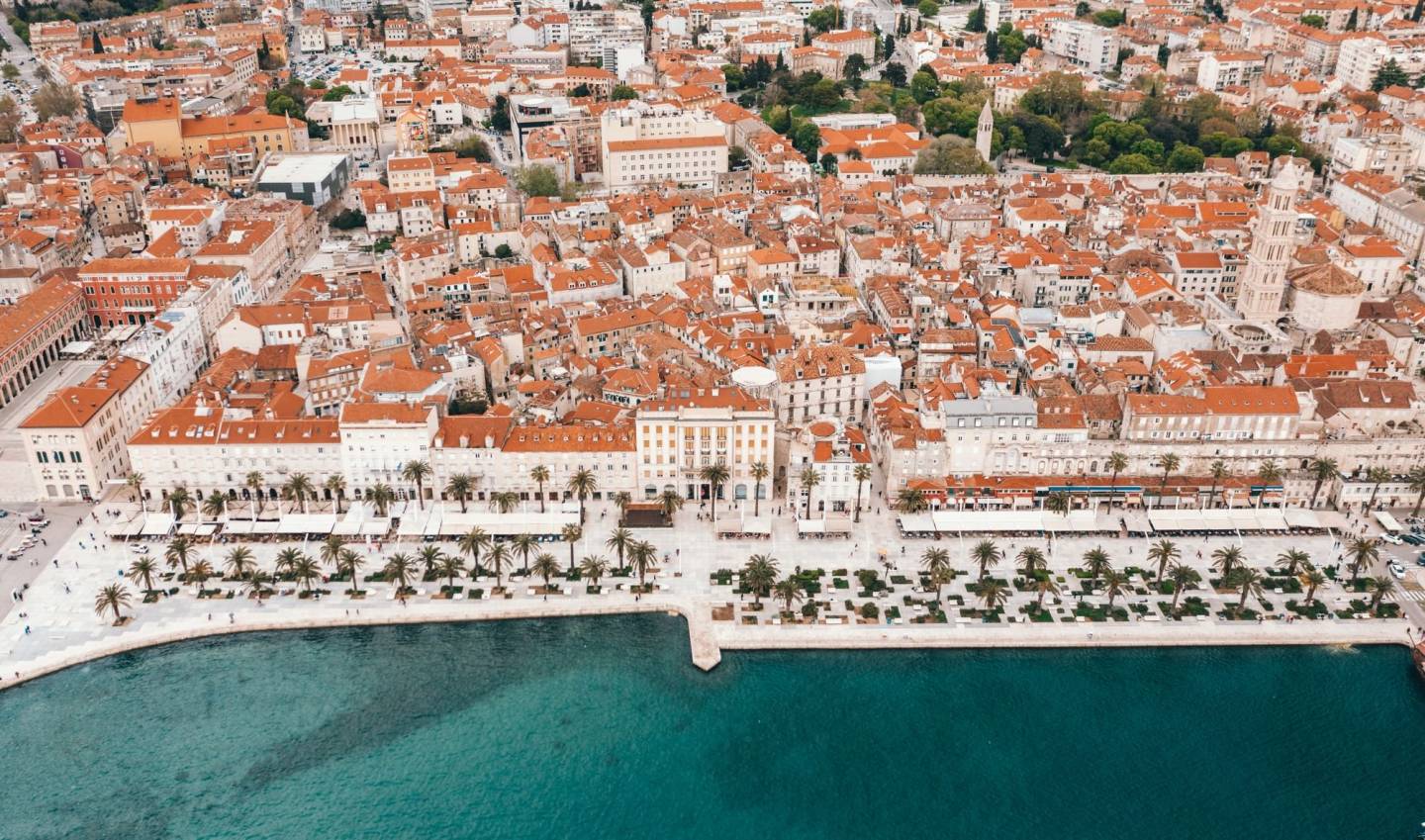 Without hiding their pride, the people of Split will tell you that their city is "the most beautiful one in the world and beyond".

Without hiding their pride, the people of Split will tell you that their city is "the most beautiful one in the world and beyond". You better not discuss this with thembecause they will surely convince you! This forever young city with the population of about 200,000 that give it its warm Mediterranean temper, has lived its urban rhythm for as long as 1700 years, with its heart in the Diocletian Palace and its soul widespread to embrace you. Even before the city became protected by the UNESCO and entered into the register of the World Cultural Heritage, it has been writing the history of this unique capital of Dalmatia. The city of Split is situated in the warmest region of the northern Mediterranean coast, in the very center of the Adriatic eastern coast and in the immediate vicinity of the rivers Jadro and Žrnovnica that have been watering it for 1700 years. Its mild climate, with 2700 sunny hours per year, makes it an oasis where, sheltered from the wind, sailors can enjoy the sun even in wintertime.

In the most beautiful part of the city port is the ACI marina Split. It is open all year round, and its breakwater provides protection from the sea and south winds. ACI marina Split is the starting point of the promenade which will take you to the city center. In the marina you also have a service and a gas station only 100 meters away. Split is one of the most visited destinations in Adriatic sea so we highly recommend berth reservation.